That’s the title of for a thread on a recent adoption forum site.
Yes, you read correctly the subject of discussion on an adoption thread.
The family in question had apparently adopted a boy who had been abandoned.
So the actual date of when he was born is uncertain.

They told us Jan 11 2002.
We are considering changing his birth date to July 11 2002 because:
– I am a January child and hated it. I never had birthday parties in the summer (I know we can always move the parties to the summer …)
– he is developmentally behind, so a later birth date might benefit him re. kindergarten, school etc. etc.
– we can’t really verify when his birthday is

I assume they are the authorities of whichever Country or state in which the child, which they adopted, was born.
The thing that really made my jaw drop to the floor was:

I am a January child and hated it. I never had birthday parties in the summer

So, leaving aside the legality, the ethics and the morality of whether one should even think about changing a child’s birth date; the initial quoted reason for seeking to change the birth date, wasn’t the child’s developmental issues, but the fact that one of the parents has a birthday in January and they hated it. They hated it because no one ever came to the parties! That is, in my honest opinion, one of the most shallow and trivial reasons, excuses that I have yet heard.

An adopted child loses so much by the time they are in the system. Their birth parents, where they were born, siblings and relatives. They may even “lose” their country of birth, culture and language, if they are adopted by parents from a different country and racial group.

Getting back to the idea that you can just change essential information about the child that you are adopting or have adopted, I find . . . well I have no real words to express the horror that I feel. My personal circumstances are almost the same. I have no idea of when I was actually born and where. My birth date is not factually correct. I celebrate my day of birth on the date that I was officially taken in by the orphanage. I was a premature baby. The authorities at the time had no idea how old I was. They guessed. They assumed that I was about three days old when I was found. But I could quite easily have been older or younger. I could have been born three days before, a week before, maybe two weeks before or I could have been born the day before or just an hour before I was found. My birth date is down as the sixth of the month. But I was found on the third of the month. So already the facts about

my own birth, about me have been altered and that is something that rankles the hell out of me. I don’t actually know why. But it does, it angers me. Probably because I have no lineage. I have no collective history that I can tap into like the majority of people who I know. I don’t start to exist until I was logged into and registered with the orphanage. I know that somewhere out there, there are people who I am genetically connected to. But it is extremely unlikely that I will never know who or where they are. The birth certificate is at least a formal vindication that you are real. That society acknowledges your and accepts existence. If the information on that document is false, has been tampered with, what does that make you, the holder?
An untruth, a lie?

I have to ask myself in the case of the adoptive family turning to an on-line forum to discuss the pros and cons of wanting to change their child’s birth date, why?
It appears to me that it is purely to suite the parents. Would we, as a society, in any other circumstances, even contemplate such an action? We are not permitted to do this with ‘naturally’ born children. It is document fraud and I don’t think the idea would cross the minds of any, “normal” “right-thinking” sane person. Yet some people who adopt seem to think that changing information, birth date, place of birth, name given (whether given by the birth parents or orphanage) is something that is perfectly acceptable. As someone who has been on the receiving end of this, I’d just like to say

IT IS NOT ACCEPTABLE

I don’t think that changing even the name should be allowed. I firmly believe that the child’s original details should be kept intact, until such time as that child reaches their majority and can decide for themselves whether they wish to retain the name that was given to them “at birth” or not. In a similar fashion I would advocate, if I could that all transracial adoptees would have to receive proper education in their culture, history and language of their birth until they reach the age of at least sixteen. But that’s another point and another article.

What is the point of seeking to change this information? It will not change the child. It will not make that child into a “different” child. It will not lessen the circumstances of the child’s abandonment or adoption. Personally I think it only makes their journey more distressful and even more complicated than it already is. We all want and need to know where we have come from. For the adoptee that desire, that need is even greater. Sometimes it is the only thing that the adoptee has. Their name, their date of birth and where they were born are the only real roots that they have. The only thing that grounds them.
I don’t think that adoptive parents, agencies, social workers or courts should have the right or the ability to change intrinsic information about an adopted child.

Haven’t adoptees lost enough?  Adoptees know so little. They have no medical history. No known relatives, or at least not that they know about or allowed to know about. As a child an adoptee is alone. Yes they have a new family. They have relatives but they have to get to know these people first. It isn’t organic, it isn’t natural and sometimes the child may not gel with all the family members.  Adoptees may not even have our own culture and language to turn to.
Have they not lost enough without them having to have the few remaining shreds of original truth taken from them?

15 thoughts on “Changing the facts of adoption like birthdate” 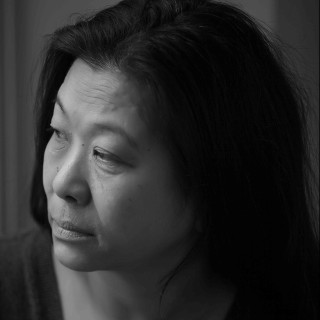